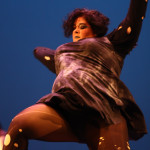 Jessica Erin Judd joined Big Moves in 2001 as a founding Big Moves board member and emFATic DANCE member. Co-artistic Director of emFATic DANCE since 2008, Jessica has also served as Director of Big Moves Bay Area (2004-2009) and manager and member of Mass Movement, Big Moves’ former modern dance company (2002-2006). Trained in jazz, lyrical, hip hop, and rhythm tap dance Jessica loves leaps, turns, and any dance that allows her to travel extensively about the stage. She feels extraordinarily fortunate to be working with so many talented, fun, and fabulous fat dancers who trust that it will all make sense in the end. A research analyst in a a former life, Jessica is now a free-range fat activist and stay-at-home mother of two fabulous and funny kiddos.  An avid nature/wildlife photographer and vintage cookbook collector, Jessica enjoys hiking, yoga, and finding new and exciting ways of fighting fat hatred, promoting body liberation, and subverting heteronormativity . Jessica offers profuse thanks to her husband and original Big Moves roadie, Peter, for his phenomenal support of her and all things Big Moves. Photo by Desmond Rodgers 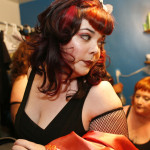 Matilda St. John spent her elementary school years training in jazz and dreaming of becoming a Solid Gold Dancer. Although those early dreams never materialized, she was delighted to find and join Big Moves in 2002. She’s the current Director of Big Moves and the Co-Artistic Director of emFATic DANCE, and is honored to serve as the costume consultant for so many beautifully fearless dancers. A psychotherapist by day, she enjoys the chance to show off her less inhibited side through dance; she loves across-the-floor work and whip-fast pas de bourrees. As the resident musical theater enthusiast, she also relishes making silly dances look deadly serious. Matilda lives in Oakland with her long time partner, in a house full of accordians and beasts. Photo by  Gabriela Hasbun. 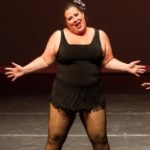 Minda Q was raised by dancing bears who taught her to do the Dougie and to growl when she’s hungry. Adopted by Big Moves San Francisco, she moved out ofthe forest and into the city in 2008. In addition to dancing, Minda likes to ride her bike, swim, eat free samples and play games. She wants to thank her fellow emFATs, roommates and good friends for inspiring and supporting her. Play on playas! Photo by Lisa J. Ellis. 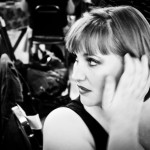 Kristen Young has been dancing since the ripe ol’ age of 4 1/2 years old. Even with an 18 year break from dance, she never stopped dancing completely. Everywhere she went, there was a stage…grocery store, mall, sidewalk or cafe. While dance is a big part of her life, she can also be found embarrassing her 2 daughters, husband and coworkers. YES! Somebody gave this gal a job…thank you Title Nine for taking a chance on a crass fatty. Photo by Jessica Erin Judd. 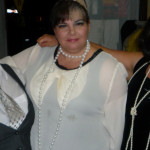 Amanda Cooper read about Big Moves in a magazine and dared to dream that one day she would dance with them. A few years and a few thousand miles later, she is realizing that dream and has been dancing with the EmFATs since 2010! As a lifelong dancing enthusiast, activist and fatty, she is inspired by this opportunity to bring so many of her passions together. She enjoys jumps, kicks, isolations and choreography that repeats itself. She has earned the nickname “other way Amanda” and appreciates the troupe’s acceptance of her directional challenges and inability to keep her mouth shut. Amanda enjoys a professional life consulting non-profits on communications and campaign strategy. California born and raised but fully realized in Brooklyn, she lives in Alameda with her husband Brett, daughter Maxine and still gets confused when people ask her where she is from. Photo by Natalie Ingraham. 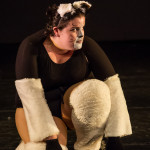 Natalie Ingraham continues to work on her spotting skills and jazz splits now that she is Dr. Ingraham (of the sociological variety). This is her fifth year with emFATic DANCE and she fully credits dancing and her fellow dancers for keeping her (mostly) sane during grad school. Photo by Lisa J. Ellis 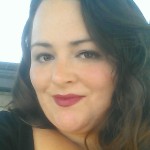 Megan Briceno  has been dancing, singing, and loving life since she was born. She started choreographing and teaching dances to the other neighborhood kids at 9 years old. Megan was led astray by self doubt but returned full force to her passion in 2010. Currently, she is attending Cal State University East Bay with a dual major in Socio-Cultural-Anthropology and Dance where she dances with both the Dance Ensemble and Interdisciplinary Inclusive Ensemble. Megan is overjoyed to be a new dancer with Big Moves and is looking forward to performing with them for the first time. She has experience in Hip-hop, Flamenco, Andalusian, Afro-Carribean, Modern, Jazz, Tap, Ballet, Musical Theatre, and Contemporary styles. She is an aspiring instructor, choreographer, writer, and anthropologist in the field of dance with a focus on promoting diversity. 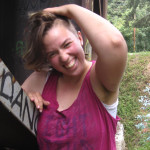 Kendal Blum is motivated in all of her dance endeavors by her dreams of one day back-up dancing for Beyoncé. Growing up in a community filled with punks she never had a lot of outlets for dancing that weren’t sweaty pits of teenagers running in circles. All of that changed when she took her first tap class in community college. As a new member of emFATic DANCE Kendal’s working hard at her chaine and pique turns. She works at a bookstore and delights in doing across-the-floors down the length of the store during particularly slow days. 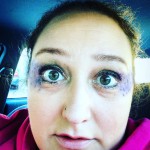 Heather  U. danced for years as a child until an injury sidelined her at 12. After more than 20 years away from dance, she searched for a fat-friendly place to dance in the Bay Area and discovered the emFATs! In her first big performance with Big Moves, Heather rediscovered her love for entertaining. In her other life, Heather is a psychologist working in community mental health and spends spare time with her friends, partner Don, and their furry child (cat) Funny Face. 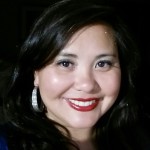 N. R. hails from Detroit where she started dancing in classical ballet, jazz and tap at 4 years old and branched out into hip hop, belly dancing and a little bit of swing dancing in her college years. As a new member of emFATic, she is learning how to embrace her size in a different way. Nellenda tries to live a life that encourages people to see that size, gender, race, creed, physical challenges, etc. shouldn’t get in the way of your dreams, if you work hard, have a good support network, and most importantly believe in yourself. If she can help inspire someone to take chances, to step out onto that limb and trust their wings to fly, then she has lived a good life. 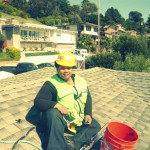 Jasmine DK Shepard has loved dancing all her life. From her first tap class at 3 to years at a performing art middle/high school in her hometown of Augusta, Georgia. During college and starting her career, spending time on roofs and crawl spaces lead to far too long a hiatus from dance. In 2015 she joined a tap class. This year she jumped into emFATic DANCE.  Day to day, Jasmine works as an electrical engineer in the energy efficiency sector. In the office, she’s known to use her standing desk for barre practice. In the field, as a total lighting nerd, she’s often out and about checking out lights throughout Cali. 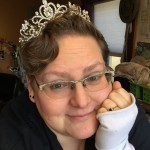 Kate Pennington was introduced to glitter and greasepaint at the impressionable age of three. Love of dance came a few years later, with painting, sculpting, and writing following in quick succession. Born and raised in NYC, she moved to the Bay Area after college and a brief stint working for a circus. Kate then opted to go back to school for a Master’s Degree in Women’s Spirituality. She ended up with a Ritual Theater company, a husband, two kids, and a horde of cats, go figure. After a decade being sidelined by illness, coming back to dance has been an intense and glorious adventure and she’s delighted to have found her way to Big Moves and emFATic DANCE. 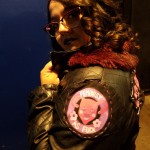 Veronica Ambrose has loved dance and music her whole life. After a long break from the stage, she heard about Big Moves at a fat postive panel and knew it was time to dance. She is overjoyed for the opportunity to join emFATic DANCE! Veronica has also recently performed with Amber’s Sweets and is a member of Jezebelle’s Army. She pays bills by working with children with developmental delays and enjoys smashing the patriarchy in her spare time. 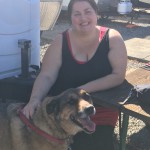 Claudette Largess grew up in the land of ice, snow, and grey oceans on the other side of the country. Never formally trained, she’d occasionally bust out a dance move or two when no one was looking, because, as her friends taking Ballet told her, she had no idea what she’s doing. Years later, on the west coast, she has embraced that level of childhood exuberance in joining Big Moves, while also holding awareness as she learns she still has no idea what she’s doing. Speaking of which, she is a psychotherapist in training and dissertator painfully dissertating. She’s grateful to be joining the marvelous emFATS this year!